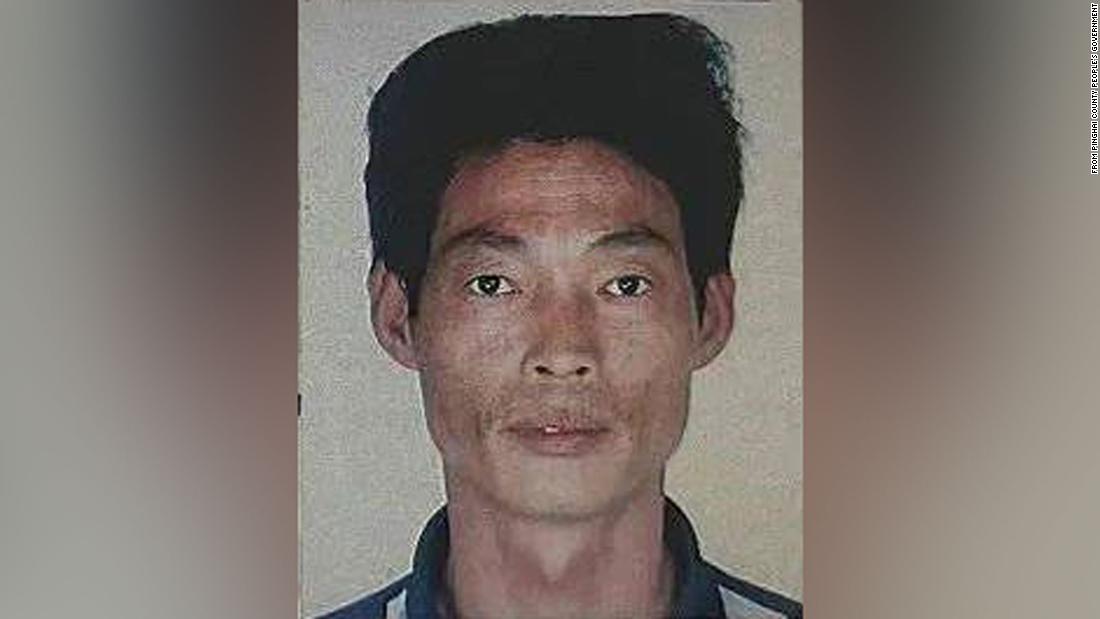 Accused of having killed two neighbors and injured three others, the 55-year-old villager from Fujian province (southern China) is wanted by the police. The local government has also offered cash rewards for clues to his whereabouts – or proof of his death.

The manhunt has gripped millions of Chinese – but not because they want him arrested. On the contrary, many openly hope that it will never be caught.

The outpouring of sympathy and support is highly unusual for a suspected killer in China, where murder carries the death penalty.

According to police, Ou is the prime suspect in an attack allegedly carried out on October 10. Local police and the Pinghai County government did not provide details of the weapon allegedly used or reveal the identities of the dead and injured.

The victims included four generations of the same family living near Ou, according to Chinese media. A village official told state media Beijing News that a 70-year-old man and his stepdaughter died in the alleged attack. The man’s wife, 30-year-old grandson and 10-year-old great-grandson were also injured, he added.

CNN has sought comment from police and county officials, but has not received a response.

In the absence of official information, the Chinese media and the public used accounts from other villagers, Ou’s past posts on Weibo, and previous media reports to piece together an unofficial version of events that might have led to the murders.

They claim that Ou was an ordinary man pushed to the brink of despair due to a housing dispute that lasted for years. Public sympathy grew further after reports were released that he saved a young boy from drowning at sea three decades ago and rescued two dolphins that were nearly stranded in 2008.

Many have blamed Ou’s apparent transition from savior to murder suspect on evils that have long plagued China’s local governance, from abuse of power to official inaction. Others see it as a reflection of the more general failure of the country’s legal and bureaucratic system, exacerbated by a besieged free press and crippled civil society. And some warn that if things don’t change, similar tragedies will happen in the future.

A house that couldn’t be built

For nearly five years, Ou and her family – including her 89-year-old mother – have not had a home, according to Ou’s posts on Weibo and Chinese media. Instead, they lived in a tiny tin shack in a seaside village in the town of Putian.

CNN cannot independently verify the authenticity of Ou’s account, although their posts contain detailed personal information, including their national ID card and mobile phone number. CNN tried to call the number, but the phone was turned off.

According to the reports, Ou has been repeatedly barred from building his own house due to land disputes with his neighbor – a deep grievance he had unsuccessfully tried to resolve.

It all started in 2017, when Ou decided to demolish his dilapidated house and build a new one, according to his posts on Weibo. He said the government approved his request for reconstruction, so he went ahead and demolished the old house. Since then, however, he has said he was unable to build the new one as his neighbor repeatedly blocked construction work.

On Weibo, Ou said he repeatedly asked the police, village officials, government and the media for help, but the issue still remains unresolved. A village official confirmed the land disputes to Beijing News, saying local officials tried to meditate, to no avail.
After years of acrimony, the coup de grace would have come on October 10, when a typhoon tore the sheet metal covering Ou’s hut and blew a fragment into the neighbor’s vegetable garden. Or and the neighbor argued when he came to pick up the broken sheet, and the situation quickly escalated, according to China News Week, a state news magazine.

Authorities have not disclosed the exact details of the alleged killings and it is not clear whether there were any witnesses or what scene the police faced when they came to the house.

As word spread, photos of Ou’s cabin surfaced online and many expressed shock at its dilapidated condition. The torn tin foil had exposed the sparse metal skeleton of the cabin, along with a layer of black plastic meant to shield it from the wind. He stands in the middle of a pile of rubble, a stone’s throw from his neighbor’s four-story house.

There was widespread sympathy online that Ou and her 80-year-old mother lived in such difficult circumstances. A village official later told Beijing News that Ou built the hut in 2019 and lives there alone. But it was his unsuccessful attempts to ask for help that sparked a wave of anger.

A relative of the victims has since denied being bullies or having political ties, in an interview with digital media managed by a Wuhan newspaper.
Inside his cabin, Ou had kept a piece of cigarette wrapping paper, on the back of which he wrote dozens of phone numbers – from Communist Party organizations, government departments, state media. and various whistleblower hotlines, according to Beijing News.
“A normal society should not push a law-abiding citizen into despair, or even push him to commit crimes. If he has exhausted all legal means and still cannot defend his legitimate rights, his private remedy will inevitably attract wide sympathy, ”a commentator said on Weibo.

Ou’s frustration and desperation were detailed on his Weibo account, which he opened earlier this year in an apparent attempt to bring public attention to his case. “Shouldn’t the government protect ordinary people? Why are the rich and powerful so arrogant? he asked in a January post, using hashtags from district and municipal petition offices to get official attention.

“It has always been true that honest people play by the rules, but the law will never be with honest people,” he wrote in another article. “I hope someone can tell me where I can appeal. I have visited the provincial and municipal letters and appeals offices, and have not received any response. Please everyone, please show me the way to go. “

In May, he posted a screenshot of a WeChat message he sent to a provincial news website, hoping he would report on his case. In another post, he tagged the mayor of Putian: “Hello mayor! I am not very educated. If you see this, please help us, thank you!”

His posts garnered little attention, with some occasional likes.

The official response and public attention Ou sought never came – until news of the alleged murders broke on October 10.

In the days that followed, Ou’s case made headlines and dominated social media discussions. Hundreds of members of the search team are looking for him in the nearby hills, where he was last seen.

In a video captured by a road safety camera on October 10, Ou took long, heavy strides, shoulders hunched, his right hand pulling on a corner of his white T-shirt before his gangly figure disappeared behind a boulder. .

Then, on October 12, his Weibo account also disappeared, after his posts went viral and sparked an outcry. The district government issued a statement that night, promising to investigate allegations of inaction by local authorities.

On Weibo, a hashtag with Ou’s username continued to gain traction, attracting over 7 million views, but by October 13, that hashtag was also gone.

The advice sparked immediate backlash. “The cash reward for finding a body is higher than that of a living man – is that really government advice?” Asked a first comment with 60,000 likes. “It’s because a deceased person can no longer speak,” the top response said.

The bonus notice was then deleted from the government’s WeChat account.

Liu Xiaoyuan, a veteran human rights lawyer, said the sympathy for Ou was not surprising.

“The public is keenly aware that he allegedly resorted to violence – they do not argue that he committed murder. Instead, they are angry at the failure of the relevant authorities to heed the call. using Ou and carrying out their duties, “he said.

Land disputes are common in rural China, according to Liu, who has helped many farmers defend their rights during his decades-long career.

“This is a big lesson for local governments: if they don’t pay attention to the disputes and grievances of the people, conflicts could easily escalate,” he said. “In Ou’s case, if a government department had stepped in to help him resolve the dispute, he might not have ended up on the road to murder.”

As the manhunt continues, some have urged Ou to surrender, including the man who claimed to be rescued by Ou from the sea as a boy three decades ago.

“It really pains me to see this happen,” he said in a video he posted on social media, referring to the alleged murders.

“In my opinion, he was a good and honest man. I hope he can come back and surrender. It is not easy to survive in the mountains. You cannot hide forever.”