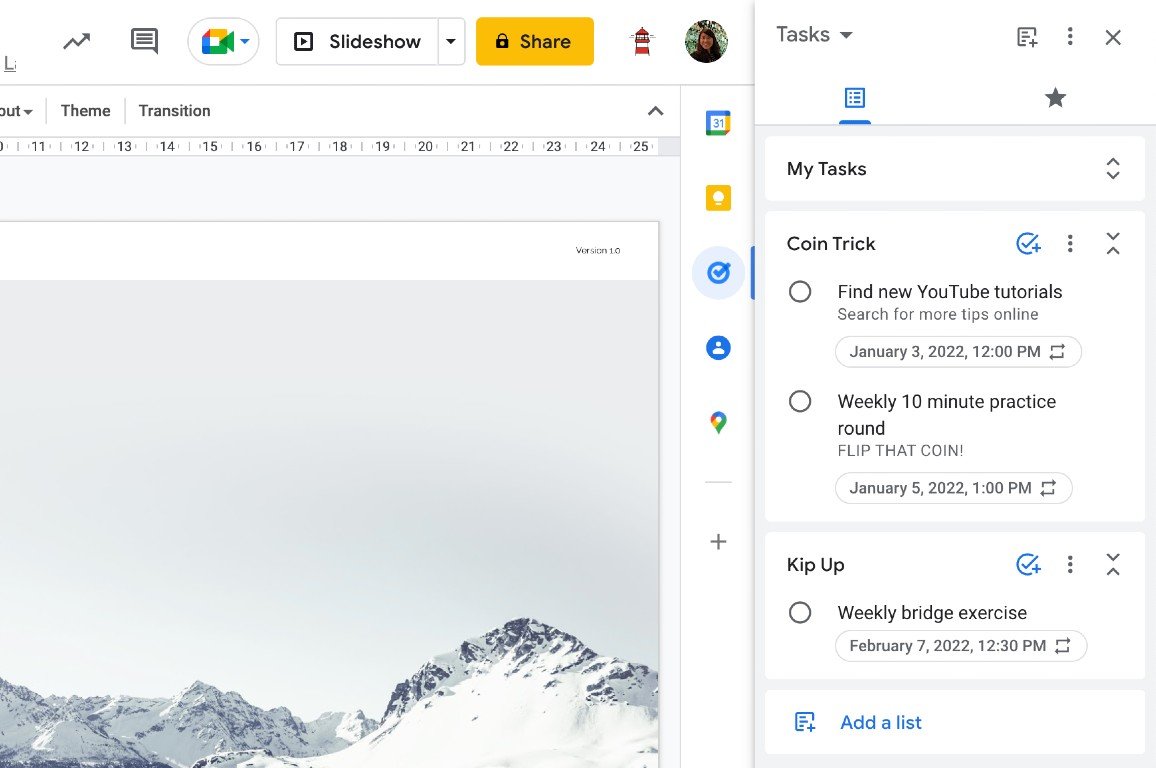 It’s been four months since Tasks for Apple’s iOS and Android operating devices received updates from tech giant Google. The new update would make it easier for users to switch between lists. And now it looks like a similar update will be rolling out to different platforms soon, such as Gmail, Documents, and other similar apps from Google that have the Google taskbar in their sidebar.

In a recent blog post by the company itself, which was based on productivity tips, a screenshot was shared showing the new user interface for the web sidebar on tasks. The most noticeable change in the new interface is that each to-do list will be available on the user’s primary feed. However, only one list will be visible at a time. In order to browse another list, users will need to move to a drop-down list at the top left of the screen.

This new functionality is considered to be more accessible than the tab system. Instead of concentrating on several tasks at once, the user can control the content displayed on the screen and can easily concentrate on the most important. Another change that has been observed is that “Add Task” has now been changed to “Add List”. On top of that, the position of it has also been moved from being at the start of the feed display to now present at the top of every list. A shortcut to create a list has also been placed at the end of the stream.

Apart from that, a new tab has also been added. The main function of this new tab in the interface will be that it will save the user the time it takes to find the specific task list among others, as the new tab will only contain the task lists. that the user has personally selected. However, this new update has yet to be rolled out to mobile phone apps and could be a step the company takes to ensure that users get what they need without spending a lot of time on it. The new user interface has yet to be officially announced by Google. At this time, we can’t expect how long it will take for the update to be released.

Read more: AR Glasses, Google indicates what could be their next project