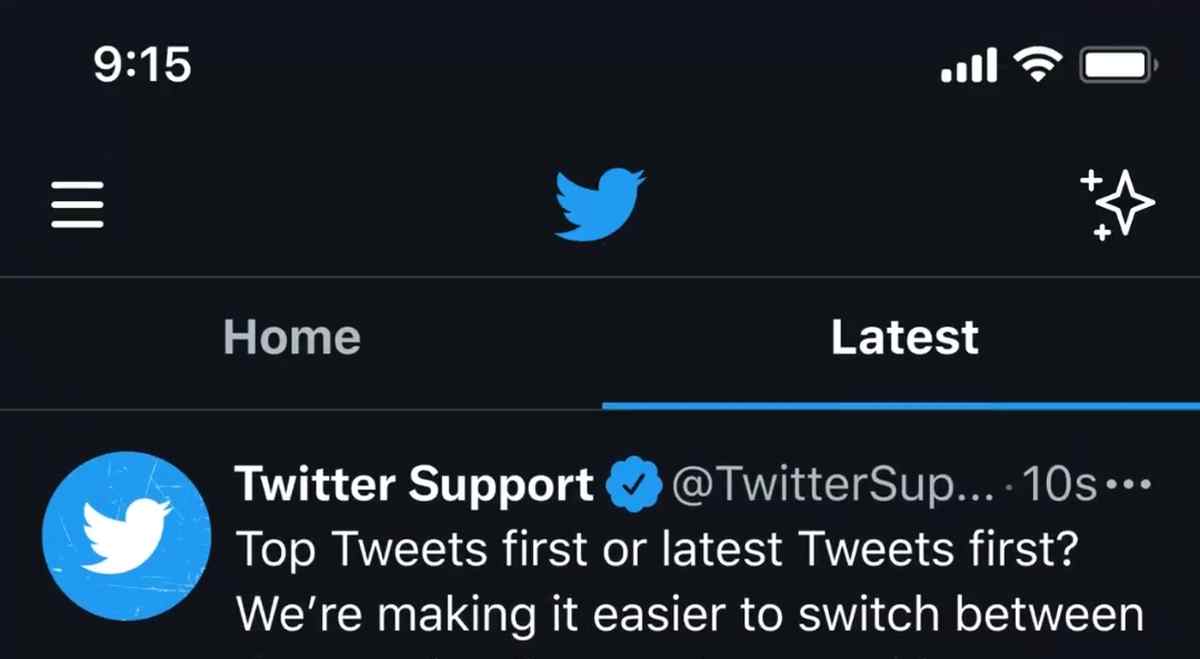 Three years ago, the Blue Bird platform, to the annoyance of users who wanted to access posts in chronological order instead of algorithmic order based on relevance, began work on a mechanism for users to choose the type of timeline at each moment.

But now Twitter, in search of greater simplification, tests a new mechanism that makes it easier to move from one timeline to another and vice versa.

As announced from the official support account, for now on iOS, The test will consist of a slight downward sliding of the active timeline, which will appear at the top of the tabs of the two existing timelines on the platform, choosing at each moment the timeline that you want to have.

For the moment This is a test, it is not known if it will finally be rolled out as a standard feature for all users in the future.. In that regard, it will depend on both the test results and the feedback Twitter receives over time.

For this reason, we will have to wait for it to be implemented definitively, and in its case, it also or not maintains the option that we continue to use today via the stars icon.

This test comes a few days after Twitter launched its feature that kills subscribers without needing to block them first, which will be particularly satisfying for users who no longer want certain accounts to follow their posts on Twitter.

The needs that arose allowed Twitter to shape the experience we receive today, as well as the payment functions that are gradually emerging so as not to rely exclusively on advertising.