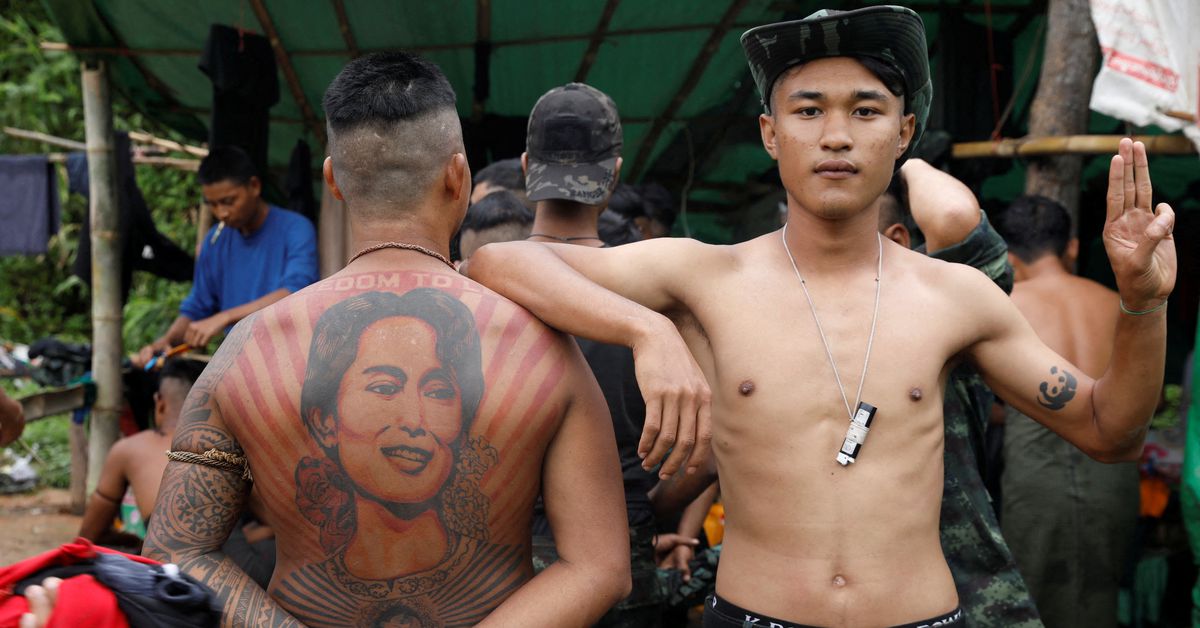 December 17 (Reuters) – In a secret jungle camp in eastern Myanmar’s Karen state, a fitness trainer and other civilians train with armed ethnic guerrillas to fight the takeover. military control of the country.

Nestled in makeshift tents in remote hills near the Thai border, these new recruits learn how to load guns and set up detonators for homemade bombs as they prepare to fight the military behind the coup. February 1.

Reuters filmed rare footage of young men and women who said they quit their jobs in the city to become guerrilla fighters, trading branded T-shirts and colorful dresses for military fatigues. The photos and video were taken in September.

(To see a set of photos of civilians training to fight the Burmese Army, please open https://reut.rs/3yveEoK in a web browser)

A Myanmar military government spokesperson did not respond to a request for comment on the group and other civil defense forces across the country.

Some recruits said they took up arms because the mass protests following the coup failed to deter their new leaders, who violently cracked down on the protests.

“Taking up arms is the only option for us,” said a 34-year-old former fitness trainer, who didn’t want his name used.

Tattooed on her back were the words “Freedom to Lead” and the face of ousted Myanmar civilian leader Aung San Suu Kyi, detained during the coup and sentenced this month for incitement and violating restrictions on coronaviruses. Read more

The decision drew international condemnation. The junta said this shows that no one is above the law and that the judiciary “has no bias”.

Training the civilians is the Karen National Union, one of the largest armed ethnic groups in the country which has expressed solidarity with the protesters and allowed thousands of people to seek refuge in their territories.

The KNU did not respond to requests for comment.

Hundreds of similar resistance groups have sprung up across the country in a loose coalition of armed anti-coup rebels calling themselves the People’s Defense Forces.

A training organizer, a former student activist, said there were more than 100 young civilians in his group training in combat, and new recruits were arriving regularly. Reuters could not independently confirm this.

In the evening, future combatants sit around campfires and play guitar and violin, remnants of past lives.

The former trainer, stripped of the ponytail he wore when he arrived at the camp, said he feared fighting with a 300,000-strong soldier.

But, he added, retaliation was the only way.

“I want to be proud of my death while protecting my people.”