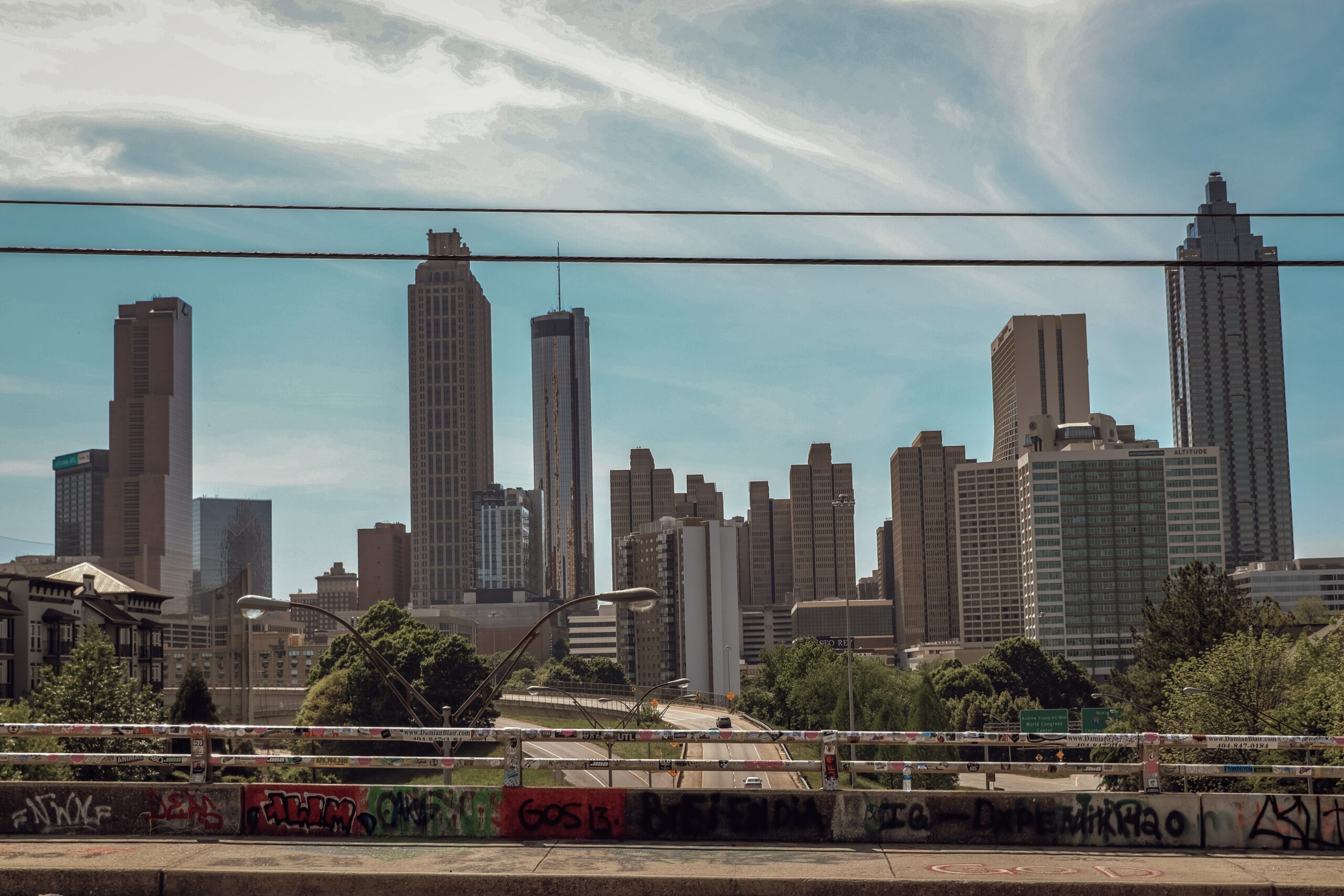 While the Atlanta heat is sure to last another month, the beginning of September brings joy to the hearts of fall lovers and spooky season devotees. The folks at the Atlanta Botanical Gardens are already creating their fall paradise. Each year, community members and local organizations can submit a scarecrow to display in the garden. If you want your creation to be in the mix, register before September 17th.

Creepy and silly scarecrows are on display in the Atlanta Botanical Gardens each fall. (Photo by Hannah E. Jones)

Let’s move on to other local news:

The new exhibition “Responding heroes”Opens at the Atlanta History Center to mark the 20th anniversary of the September 11, 2001 terrorist attacks in the United States.

The exhibit highlights the experiences of all first responders who selflessly risked their lives to save others. It will include original works of art, the timeline of events and a space for reflection.

“I spent many hours riding with an 18th Battalion Engine Company in the Bronx early in my career. When the attacks happened, like many responders, my first call was to my disaster medical response team: “When are we leaving? »» Richard Clinchy, President of The national EMS museum, written in a press release. “Thanks to this partnership [with the History Center], we are able to keep our promise to NEVER FORGET and continue to tell the story of the heroism and selfless dedication of those who responded on September 11.

Morris Brown College has announced that a $ 500,000 grant from the National Park Service (NPS) HBCU Grants Program will be used to begin work on the iconic windows of historic Fountain Hall. There are two stained glass windows honoring the founder of the University of Atlanta, EA Ware, and his wife, Jane Twichwell Ware.

Grant author R. Candy Tate said in a statement that the stained glass windows will be in the Viola J. Hill Chapel inside Fountain Hall and will host chapel services, film screenings and performances. conferences for the community and students. .

Additionally, Tate said that “we will continue our goal of fully restoring Fountain Hall” by launching the Strong Tower campaign next week, which matches the NPS grant.

The campaign will run until the end of February 2022. If you would like to donate or have any questions regarding the restoration project, please email Tate at [email protected] and visit the Fountain room restoration site to contribute.

Fountain, formerly known as Stone, Hall is the third oldest building in the University Center of Atlanta and was built in 1882.

The building housed the office of University of Atlanta sociology professor and civil rights activist WEB DuBois, and it was there that he wrote the book “Tthe souls of blacks. 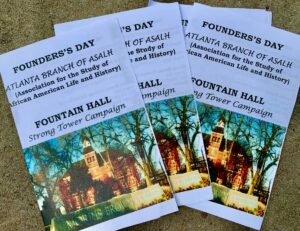 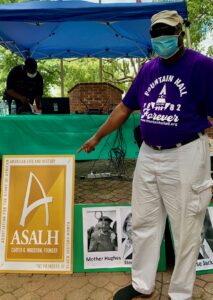 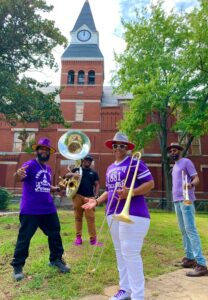 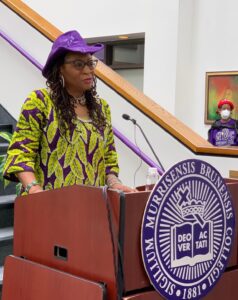 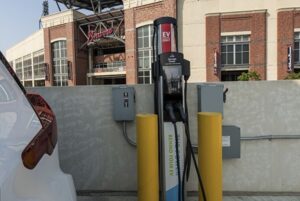 Georgia Power is raising awareness of its efforts to provide facilities for recharging electric vehicles. The state now has around 30,000 electric vehicles and 930 public charging stations, according to a statement.

“At Georgia Power, we know the ‘future is electric’ in our state and the future is now,” said Nicole Faulk, senior vice president of strategy and customer solutions, in a statement. “We are committed to working with state officials to support the growth of the local electric vehicle industry for consumers and manufacturers. “

Georgia Power said it has installed 51 fast chargers statewide and plans to invest nearly $ 6 million in additional fast chargers in 2022.

The company’s announcement comes as the Biden administration on Wednesday reaffirmed its target 50 percent share of electric vehicle sales in 2030. In Remarks prepared for delivery to the White House, Biden thanked the unions for their work and noted that unions from the Big Three automakers supported the decision to build more electric vehicles.

It’s time to burn some rubber! This is the 10th and final year of the Madison Avenue Soap Box Derby hosted in the city of Decatur.

The community fundraising event was organized by a group of neighbors in 2011 and has grown into a non-profit organization that has raised over $ 200,000 for local children’s charities.

This year, proceeds will go to the Decatur Student Center, a new addition to Decatur High School established in memory of Joe Bodine, a 2015 graduate who lost his life to drug addiction.

Consider signing up if you’re looking for a fun way to spend a Saturday and want to support a great cause. If that’s not your thing, you can donate or watch the race on October 16th. 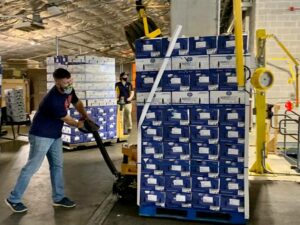 After distributing 4.4 million pounds of fresh food, the Cobb Community Food Fleet has reached the end of his journey.

The Food Fleet began in May 2020 to create a centralized delivery and distribution point for food donations from the USDA’s Farmers to Families program. This step was imperative for the Cobb community to receive the merchandise.

The coalition of 14 organizations collected and distributed food to 50 other fleet members, mostly churches and other nonprofits, in Cobb County.

While the Farmers to Families program has ended, the need for fresh food is still there.

The Noonday Association of Churches, the Atlanta Community Food Bank and the Cobb Community Foundation are planning a presentation on food insecurity for local nonprofit food suppliers to consider other opportunities to bring in fresh food on the plates of Cobb residents. 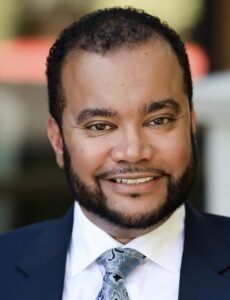 Men Stopping Violence has appointed Mathew Macklin as interim executive director while seeking a full-time managing director to oversee efforts to end male violence against women. Former Congressman John Lewis was the first chairman of the MSV board.

Macklin is a lawyer with experience in the healthcare industry and nursing home management. Macklin is currently a senior consultant for the Valtas Group, an executive search firm seeking a permanent general manager for MSV, according to a statement.

“We look forward to working with Matthew and Valtas as we move into a period of growth for the organization,” said Michael Freed, chairman of the board of MSV, in the statement. “The team continues to do the work necessary to build better allies among men in the fight to end gender-based violence. “

Macklin said in the statement, “I am delighted to work with such a dedicated and mission-oriented group. I am delighted to join this team as we modernize our operations, expand our reach and determine what our work will look like as the world continues to fight the effects of the pandemic ”, 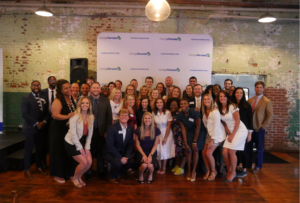 Forty is usually the age limit for applicants, but after a missed year due to the pandemic, applicants aged 41 are encouraged to apply. (Photo courtesy of Sadie Krawczyk, Director of Economic Development at Monroe. The 2019 class was hosted by Monroe / Walton County.)

The program combines traditional leadership training with hands-on experience to positively impact the target community. This year, the host and area of ​​interest is Dalton-Whitfield County.

Young professionals will work together to answer four challenging questions, developed by leaders from Dalton-Whitfield and GeorgiaForward, that address a need or opportunity in the county. At the end of the program, participants will present their ideas to the community.

Any young professional citizen of Georgia can apply. GeorgiaForward is part of Georgia Municipal Association.