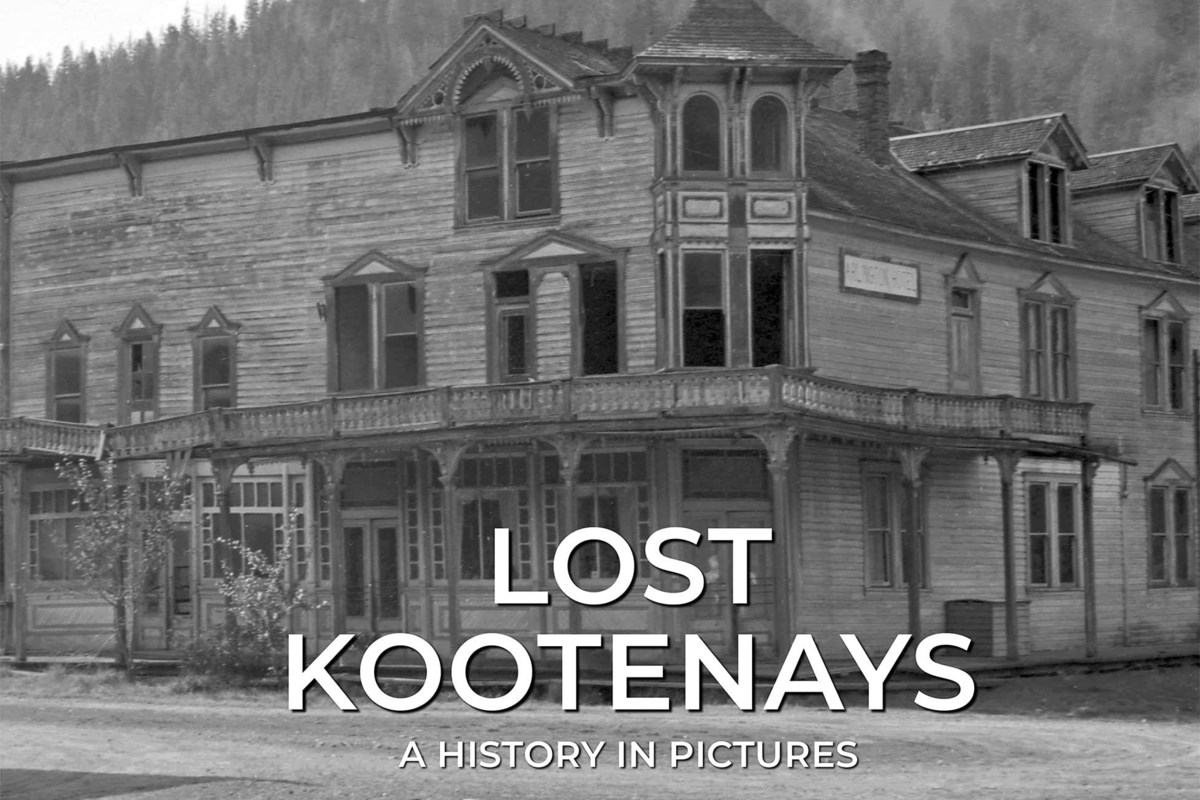 The book by Eric Brighton of Kamloops and co-author Greg Nesteroff of Nelson features over 140 historical photos of the Kootenays.

History buffs spend a lot of time getting lost on various pages online as they visit places of yesteryear.

Lost BC, Lost Kootenays, and other history pages on Facebook and elsewhere, including Kamloops History, are popular web destinations.

This wealth of information was also added to print media, with the publication of Lost Kootenays, a book by authors Greg Nesteroff and Eric Brighton, the latter being a resident of Kamloops.

Brighton noted that the Lost Kootenays Facebook page, created around seven years ago, has been on autopilot for some time.

“I took it over a little over a year ago and we had about 28,000 members. And we now have 55,000 members, ”said Brighton, who is also an administrator of the Lost BC Facebook page and a regular contributor to the Kamloops History Facebook page.

The book was born when Brighton and Nesteroff were approached by MacIntrye Purcell Publishing to take the information online and create a book.

The result is a trip down memory lane for current and former residents of the Kootenays – and for anyone interested in history.

Lost Kootenays has ranked at or near the top of Amazon Canada’s bestseller list for picture books since its release on September 30.

But it’s more than a picture book, even though there are over 130 photos of Kootenay history, complete with detailed captions. At 128 pages, the book comprises over 20,000 words.

“We did a lot of research for each image and made the most complete caption possible for it, to try and find an interesting treat that has never been mentioned before in other books,” Brighton said, noting that the tome also has a Kootenays timeline, which it says is useful for those interested in the area, but without the background knowledge others might have.

One of Brighton’s favorite photos is the one on the cover of the book, an image of the iconic Arlington Hotel in Trail.

But there are so many more spanning a myriad of fields, including First Nations, railroads, mining, agriculture, logging, and steamboats that have long served as a means of transportation. lake.

Brighton is a long-time archival hunter, browsing the British Columbia Archives, the City of Vancouver Archives, the Kamloops Museum and Archives, and other repositories of historical documents.

To be a good records hunter, Brighton said, you have to learn to navigate collections.

“They all have their own types of search engines and they can be a bit outdated,” he said. “So I use unconventional methods, which I find capable of digging up images that others can’t find and which are buried in sections that no one even looks at because those aren’t things they are interested in. But I find some lost footage in there because a lot of these archives just don’t have the manpower to constantly sort their collections.

Brighton’s fascination with history began with his father, a surveyor who saw much of British Columbia

“We did a lot of road trips in the summer and wherever he went he always gave me a history lesson,” Brighton said.

“It was, you know, a common past and we dug for old bottles and stuff and, you know, we went to ghost towns. It was just a passion from an early age.

“I had my own deck of cards. I looked at these maps for hours, you know, and I saw names like Pioneer Mine, Fort Steele.

Lest someone think the hobby is a casual affair, know that paying attention to the story is hard work.

“You don’t have much time and managing these groups takes a tremendous amount of time. It’s like a 24/7 drag and drop because you have to make sure there is nothing wrong with that, ”Brighton said of managing the pages of online history.

“Browsing through the archives looking for images to publish is the tricky part. And you don’t want to post photos that everyone has seen a hundred times. So you have to work. I have files and files and files and am constantly adding to them for future articles. And I restore photos, too, as a hobby. I’m a bit of an amateur photographer, so, you know, a lot of pictures come with crumbling borders, you know, water damaged or scratched.

Lost Kootenays (Facebook page and print edition) may be followed by more “lost” memories elsewhere, perhaps Lost Vancouver Island or Lost Thompson, if future ideas from Brighton and others come to fruition.

In the meantime, Lost Kootenays can be viewed online at amazon.ca, To chapters.indigo.ca and in the “local history” sections of some bookstores.