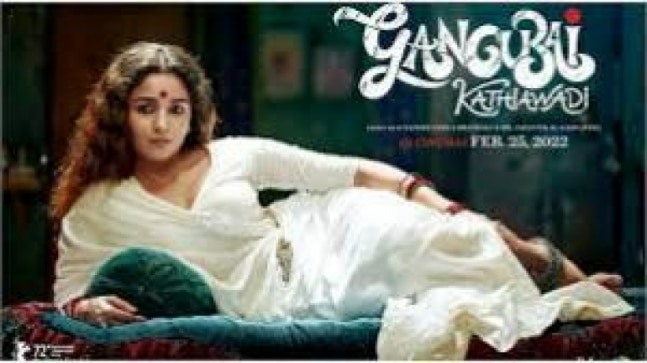 The last week of the month, especially the weekend, should be commemorated. Gather together, moviegoers! We’ve got you covered if you don’t want to leave the comfort of your home and are looking for something to eat this weekend. Tom Holland fans will be delighted to hear that Sony’s Uncharted is now available on digital, alongside Alia Bhatt’s critically acclaimed Gangubai Kathiawadi. This week also sees the premiere of The Unheard Tapes: The Mystery of Marilyn Monroe. Ozark, a thriller series, is back for its final season.

List of movies and web series to binge on OTT this week:

Alia Bhatt plays Gangubai Kathiawadi, a powerful brothel owner who claims her honor by thriving in mayoral elections while advocating for equal rights for women and sex workers in this film by Sanjay Leela Bhansali.

The film is loosely based on the true story of Gangubai, told in S. Hussain Zaidi’s book Mafia Queens of Mumbai, published in 2011.

When a mission to sabotage a gas depot turns out to be a set-up in 1980 South Africa, a trio of anti-apartheid freedom fighters are forced to take refuge in a bank. A deadly chase ensues as the police wait to arrest them, and they have no choice but to hold bank staff and customers hostage.

They all know one of them is a mole, but there’s no way of knowing who it is. They decide to jump into the deep end and negotiate Nelson Mandela’s release from prison, despite growing tensions and the risk of imprisonment or death.

This documentary revisits the mystery surrounding the unexpected death of Marilyn Monroe in 1962, six decades after her death. He uses archival footage and never-before-seen interview recordings from Monroe’s inner circle to piece together crucial details about his final days to determine if the conspiracy theories are true.

The documentary delves into his brief but spectacular career as well as his troubled personal life, often overshadowed by his fame.

Tani (Anya Singh) and Sumer (Nakuul Mehta) reunite in London after being apart for a long time. The closest former friends and lovers are now colleagues at the same company, and they are filled with bitter memories and anger.

They start dating other people soon after, but the flame between them continues to burn brightly. The couple must decide where their emotions really lie as the lines between friendship and love begin to blur once again. Sarah Jane Dias and Karan Wahi are among the cast of the new season.

Ozark Season 4 Part 2, which premiered this week, finds the Byrde family at a critical juncture in their efforts to flee the Mexican Cartel and the FBI. Wendy’s political ambitions have produced a schism between her and Jonah, which Marty attempts to heal.

Ruth Langmore, meanwhile, wants revenge on Javi for murdering her family, but she also has a grudge against Marty. The Byrdes’ journey to death or freedom will finally come to an end in the final seven episodes, but no one will escape unscathed.

When Nathan finds out his ex-brother Sam is working with Sully, he agrees to join the mission, despite his initial skepticism.

However, their journey turns out to be more perilous than they expected, as they must battle twisted millionaire Santiago Moncada (Antonio Banderas) and mercenary leader Jo Braddock (Tati Gabrielle) before they get the gold.