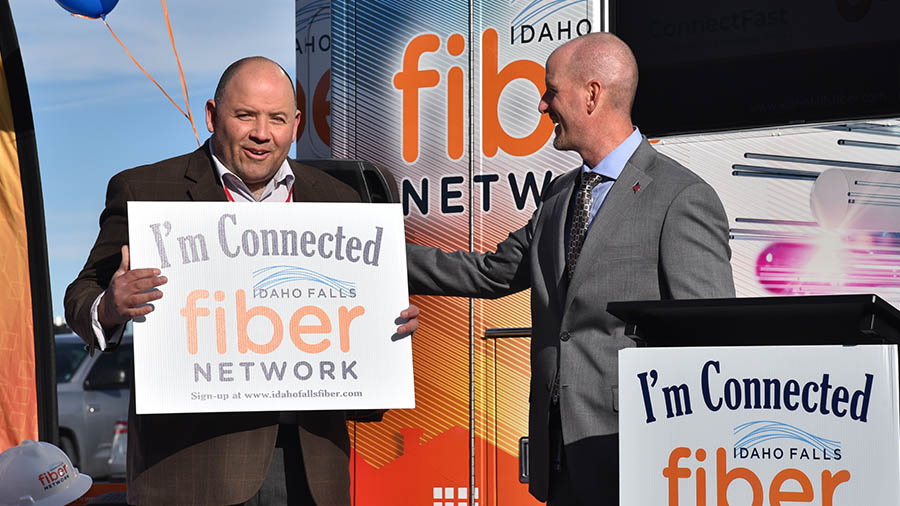 IDAHO FALLS – Idaho Falls Fiber customers can now choose from five service providers, as ConnectFast announced on Friday that it is joining the network.

The city-owned infrastructure project announced the new addition on Friday at a press conference at their offices. Since the fiber project officially started providing services in 2019, approximately 2,500 homes have been connected to the grid and 7,500 more can now access the grid.

When the project was initially launched, customers could choose from four providers: Direct Communications, QWK.net, SilverStar and SUMO. When connected to the network, customers pay an infrastructure charge of $ 25 as part of their utility bill, then pay the provider based on the Internet package chosen.

The new service with ConnectFast will be among the cheapest plans at $ 39.95 for 1 gigabit internet service. Most providers charge between $ 47 and $ 70 for the same speeds.

â€œOne of the things we’re trying to do is disrupt our pricing a bit,â€ ConnectFast CEO Gabe Gomez said. “We realize there are other choices and levels of bandwidthâ€¦ we have found as a national provider that a gigabit is really what the market wants at an affordable price.”

ConnectFast provides several fiber routes that leave the Idaho Falls area and Gomez said this provides more redundancy in the system. Gomez also said that ConnectFast has servers on the network that host Netflix, Google, Youtube and other content that allows most Internet users to surf the web locally and not jump from network to network. other.

â€œIt’s going to change to a much faster experience,â€ Gomez said.

Idaho Falls Fiber said the city’s fiber optic network is also unique in that it does not daisy-chain homes. Instead, each house on the network has its own individual fiber connection.

Those interested in connecting to the Idaho Falls fiber network can visit their website. Those already connected to the network have the option of switching providers by visiting their office on South Capital Avenue or calling them at (208) 612-8725