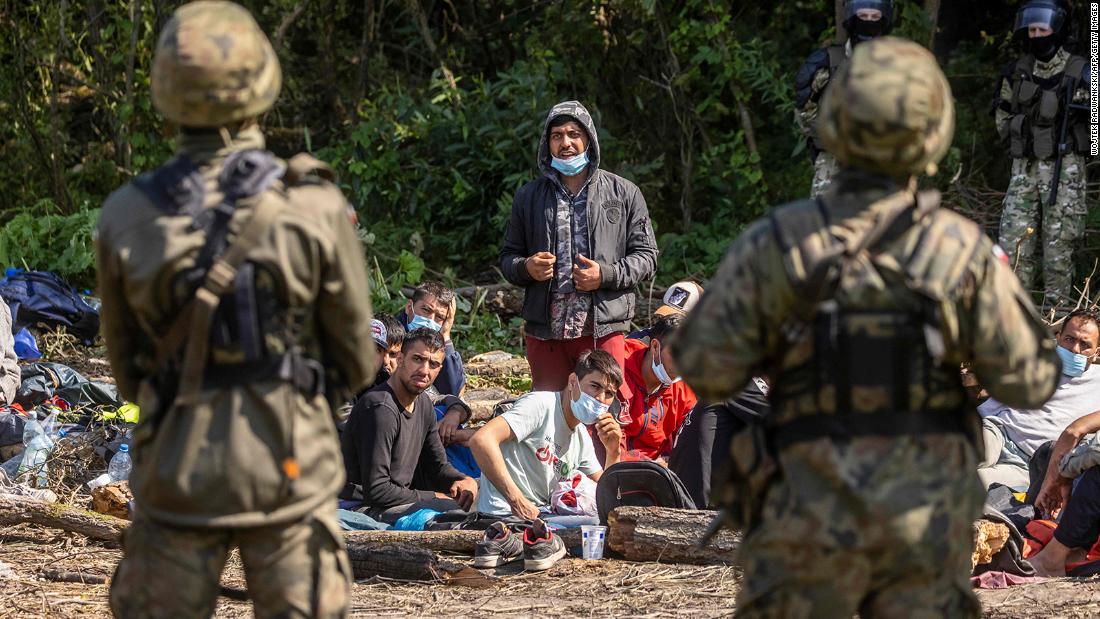 Polish border guards told CNN that Saturday’s figure of 739 crossing attempts was the highest so far for a single day. It is the latest in a weeks-long migration crisis at the border, for which Poland imposed a state of emergency last month.

About 16,000 attempts to cross the Polish-Belarusian border illegally have been stopped since August, the Polish border agency said. Of these, 5,000 took place in October.

The crossing could become more and more dangerous with the seasons. At least four people died on the Polish-Belarusian border in August; three people were found dead on the Polish side of the border after suffering from hypothermia, according to the Polish authorities, and a fourth was found dead in Belarus, one meter from the border, the Belarusian state agency reported Belta.

Many of those arriving at the borders of Eastern Europe come from Afghanistan and Iraq.

Relations between Belarus and its neighbors are increasingly strained due to the border situation. In August, the Polish, Latvian and Lithuanian prime ministers accused Belarusian President Alexander Lukashenko of creating the crisis by pushing migrants to the European Union.

Poland also summoned Belarusian charge d’affaires Alyaksandr Czasnouski on Friday amid allegations of bullets fired at Polish soldiers stationed along the border. Czasnouski told reporters that “the information about the gunfire is not true”.

A tweet from Polish border guards said on Sunday that “patrols of officers and soldiers reported that gunshots were heard last night again from the Belarusian side near the border with Poland.”

EU officials have also accused Belarus of encouraging people to enter Poland and its other EU neighbors illegally, as part of efforts to pressure the bloc over the sweeping sanctions it has imposed. in Minsk.

Sanctions imposed by the EU, US and Britain in June were a coordinated response to the Lukashenko government’s forced landing of a Ryanair flight and the arrest of an opposition journalist as well as the “continuing repression” in the former Soviet state.

Visiting the UK as a standard visitor: when you can extend your stay