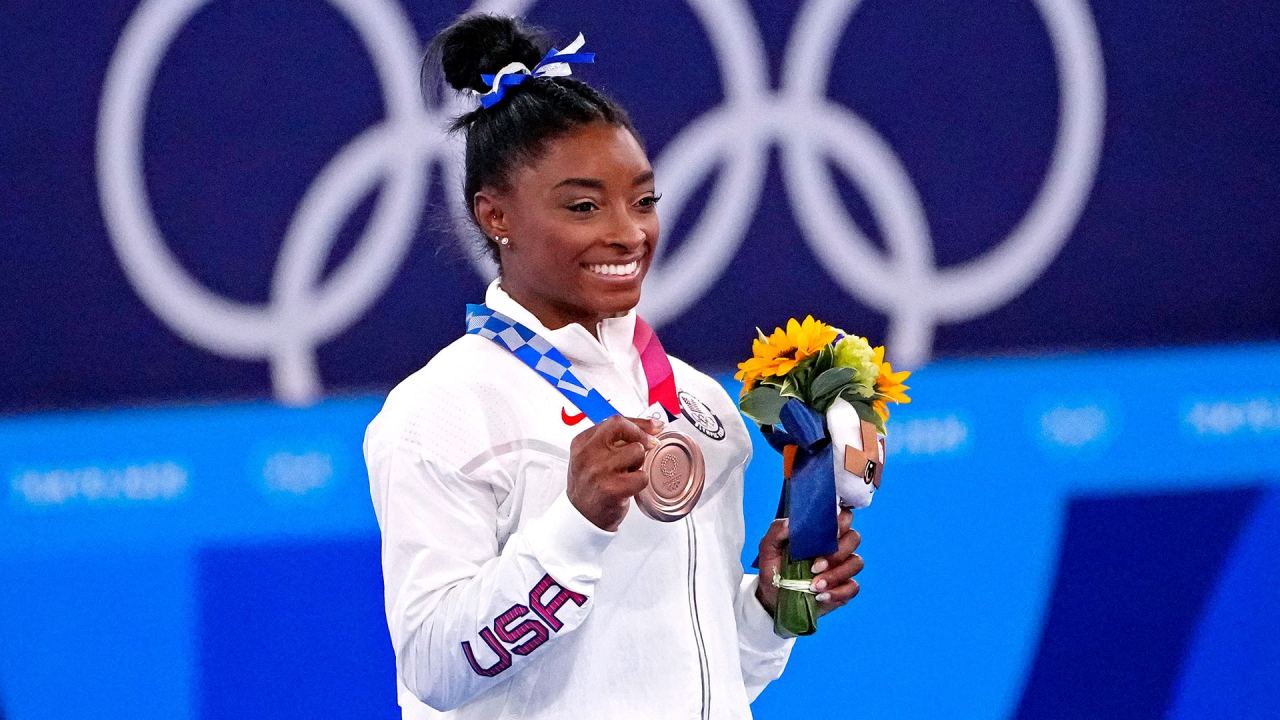 After resuming the Olympic competition on the beam on Tuesday in Tokyo and winning a bronze medal, Simone Bilès joins NBC Mike Tirico to shed light on her experience with “the twisties” and the pressure she faced to perform.

Twisties are a phenomenon in which gymnasts feel a disconnection between their mind and body when they soar through the air. Biles said she first experienced them during ground practice the day after qualifying, in which she secured a spot in all six possible finals.

“I just got lost in the air,” but I thought it was just “fluke,” Biles said.

After trying to make the first rotation of the team final, she said she knew it was time to get out. “It was difficult to watch from the sidelines, but I knew it would be the best option for me and the team if we wanted to win a medal,” said Biles.

Biles said she was reassessed daily by several doctors and a sports psychologist, and knew the individual all around was completely out of the question – as was the safe and then the floor, where she performs the most twists. She was considering a return to uneven bars and balance beam, but after practicing the bars, Biles knew she couldn’t play it safe on the apparatus.

When it came to beaming, Biles asked his trainer, Cecile Canqueteau-Landi, if she could downgrade her double pike outing, an outing she hasn’t used in competition since she was a teenager. The rest is history: Biles executed the reduced difficulty descent almost perfectly to close his triumphant return to the final.

Asked about the “loneliness of being supposed to win” – which was also highlighted by Osaka and Phelps – Biles said female athletes particularly struggle.

“It’s tough, but it’s harder to be a female athlete because everyone is praying for your downfall and wants you to mess up,” Biles said. “What we are doing is not easy, otherwise everyone could do it. But also at the end of the day, we’re not just athletes or entertainment – we’re human too, and we have emotions and things we’re working on behind the scenes that we don’t tell you about. I just think it’s something that people should be more aware of.

She added that much of the pressure she was facing came from herself and that besides being the ‘face of the Games’, she had goals that she wanted to accomplish and felt charged. to be the “glue” of the American team.

“[Being the face of the Games] really didn’t affect me, it was just what I wanted to accomplish and what I wanted to do, and how everyone was like, “you are the glue of the team”, and it really stressed me out because I never thought of it like that, ”Biles explained. “But every time you get it down your throat, it’s like, ‘So if I have a bad workout, then the girls go.’ It’s just difficult.

Biles, widely regarded as the greatest female gymnast of all time, was the favorite to win up to six gold medals in Tokyo, taking home a silver and a bronze instead. But she’s unfazed and knows she’s put the spotlight on a bigger conversation in sports instead.

“I’m not at all angry. I am very proud of the girls – all of them. I come home in one piece, which I was a little nervous about, ”Biles said. “That’s not how I wanted it to be, but we opened bigger doors to bigger conversations.”

She added, “Put your mental health first. It doesn’t matter if you are on the biggest stage, it is more important than any other medal you could win.