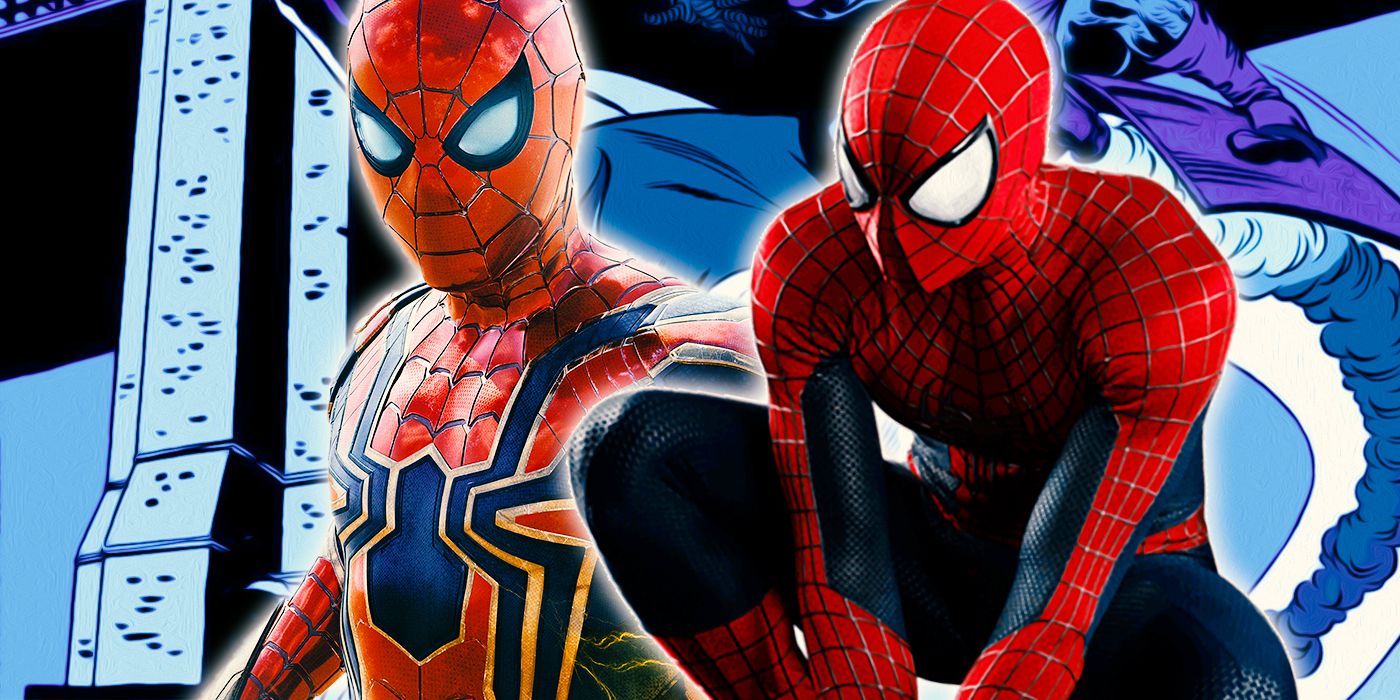 Spider-Man: No Way Home redeems a major character’s biggest mistake – and quietly references a classic What If …? In the process.

One of the most tragic parts of the Spider-Man mythos is Gwen Stacy’s death, with her demise being a longtime game changer for the character across multiple realities and iterations. It is even a point of intrigue in Spider-Man: No Path Home, who hasn’t even presented his version of Gwen. The way Spider-Man-Three (Andrew Garfield) saves the incarnation of MJ (Zendaya) in the Marvel Cinematic Universe is a fitting way for Peter to redeem his earlier failure to save Gwen in his own world – and a tragic parallel like another one Peter Parker has managed to keep his Gwen alive.

One of Spider-Man-Three’s long-standing elements is his lingering guilt over Gwen’s death. Like many other variations of the character, Gwen died in Amazing Spider-Man 2 when he tried to save her from a fall, but her web caught her too suddenly and broke her neck. His trauma about it clearly defined the character, with Peter-Three mentioning his disappearance as his main motivation.

RELATED: Why Andrew Garfield Is The Best Live-Action Spider-Man

Later in the movie, he has the chance to redeem himself by saving MJ. This time, instead of trying to grab her with his web, he throws himself after her and manages to catch her before she hits the ground, avoiding the same tragic ending.

This way of saving MJ has precedent in the original comics – albeit not in the main Earth-616 timeline, where Peter failed to save Gwen instead, a debut issue of What if…? on Earth-7736 saw Peter attempt to save Gwen in the same way and succeed. In What if…? # 24 by Tony Isabella, Gil Kane and Frank Giacoia, when the Green Goblin threw Gwen on the side of the Brooklyn Bridge, Spider-Man jumped after her instead of trying to shoot a web line after her. Spider-Man’s strength allowed him to reach her before she hit the water, in which case he put them to safety.

RELATED: Andrew Garfield Explains Why His Spider-Man Wouldn’t Like The MCU’s Iron Man

Shaken by the experience, Peter revealed his identity to Gwen and offered on the spot, which Gwen accepted. Spider-Man then faced the Green Goblin again in front of Harry Osborn, allowing the couple to convince Norman to ultimately destroy the Goblin character and set up an idealized future for the Wall-Crawler.

However, things took a dark turn when the Goblin hatched a secondary revenge plan – sending information about Spider-Man’s secret identity to J. Jonah Jameson. Releasing the information to the public on Peter and Gwen’s wedding day, J. Jonah Jameson alerted the police and drove them to the wedding, hoping Peter would be arrested. Peter escaped and went into hiding, while Gwen and Robbie Robertson devoted themselves to convincing audiences of Peter’s heroism.

It’s a surprisingly tragic reflection on Gwen’s death, knowing that things could have turned out differently. Peter-Three saves MJ in the same way as the What if…? # 24 Peter Parker gave Peter-Three’s failure to protect the love of his life an added level of bitter pain. This isn’t even the only notable similarity between Spider-Man: No Path Home and What if…? # 24 since Peter was forced into hiding and separated from loved ones – similar to MCU’s final fate Peter Parker at the end of the film.


Brandon Zachary is an associate writer with Comic Book Resources and has been writing for CBR since 2018. He covers breakouts on comics, film, television, video games, and anime. He also conducts industry interviews, is a certified Rotten Tomatoes film critic, and knows A LOT about the X-Men. For requests, comments or to hear his argument for a third Avatar series that incorporates robots, you can contact him via [email protected]