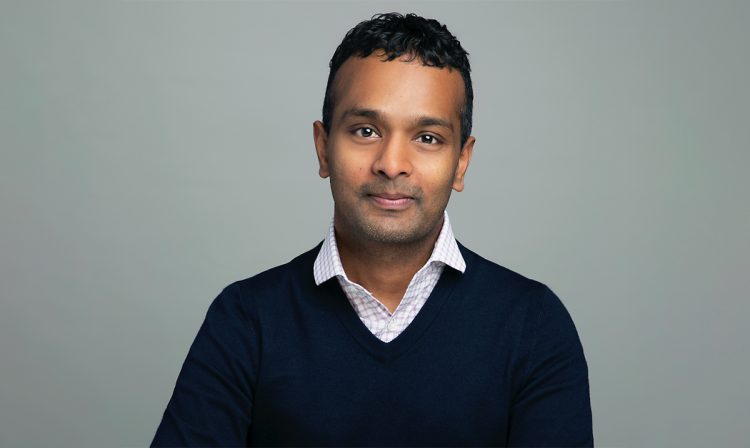 Shyam Gollakota, professor at the Paul G. Allen School of Computer Science & Engineering, is recognized as a Moore Inventor Fellow for his work on the Internet of Biological Things and the Bio-inspired Internet of Things. Tara Gimmer / Jeeva wireless

When you look outside, you might be dreaming. You might notice a bird on a tree or the funny shape of a cloud. When Shyam Gollakota looks outside, he’s thinking of solving big problems – like how to watch a farm, track disease, or get to the heart of an explosion or the middle of a volcano.

Gollakota, a University of Washington professor at the Paul G. Allen School of Computer Science & Engineering, took inspiration from the smallest creatures in nature, creating inventions that allow humans to use technology to get where they are. they haven’t gone before. He is celebrated for these inventions as a 2021 Moore Inventor Fellow.

“Outside there is a whole world on every square foot, with living things that you don’t even think about. We’re just walking on it, ”Gollakota said. “But there is so much going on – engineering feats. There is so much beauty in these little things.

Built in conjunction with the team he leads at the UW Network and Mobile Systems Lab, Gollakota’s inventions include a sensor so small it can mount on the back of a moth, a sensor that fits in a removable “backpack” on a bumblebee, a camera that a beetle can carry, and sensors that can fly like dandelion seeds.

Gollakota is honored for inventions like a camera that can mount on the back of a beetle.Mark Stone / University of Washington

There is limitless potential for such a small and lightweight technology. You can track temperature, humidity and crop health in different areas of a large farm, giving new meaning to the term “worker bee”. Researchers could attach tiny sensors to drones and send them to environmentally sensitive areas. Tiny cameras could let you explore new surroundings.

Vikram Iyer – a former electrical and computer engineering doctoral student at the Gollakota lab who just joined the Allen School as an assistant professor – used similar technology to track the giant Asian hornet as the species terrorized the Bellingham area in Washington last fall.

With the Internet of Biological Things, organisms are part of this network of connectivity. A drone drains its battery after 20 minutes, but an insect like a bee can travel for hours. It can carry sensors to places a drone couldn’t easily get to, while still offering information you couldn’t get from a machine, such as locating the areas most conducive to pollination.

With the bio-inspired Internet of Things, scientists are examining the “engineering feats” present in every living thing and drawing inspiration from them in their designs. For example, ants can fall from a large building and survive. Gollakota used ants as models to design the tiny sensors that can be dropped from great heights.

To do this work, Gollakota assembled a research group whose expertise spans disciplines such as computer science, biology, and electrical, mechanical and aerospace engineering.

“There is great potential for innovation at the interface of disciplines,” said Gollakota.

He points out that interdisciplinary efforts require you to learn how people in different fields think – the language they speak, what interests them, and the nuances of their work. We also need vulnerability. You may need to ask questions such as “What’s going on? Or “How does it work?” – questions which may seem naive if you are used to working in fields where you have strong expertise or authority.

With vulnerability can come failure, which Gollakota says is “actually good for keeping an open mind… you learn what you can do better – and that’s basic growth.”

Gollakota is now working with colleagues at UW in biology to go beyond simply putting electronics in a small backpack. They are studying how to ethically use gene editing to further integrate electronics and insects. Their dream is to create a bio-hybrid system capable of detecting and diagnosing diseases.

“In 10 years, the fusion of electronics and biology has the potential to change the world,” he said.

Whatever the future, Gollakota will be driven by the characteristics that have always motivated him: curiosity and admiration for the natural world. These inspire his work and dictate the types of projects he chooses to pursue – those that celebrate the power of nature.

“Happiness comes by looking outside and seeing how beautiful it is,” Gollakota said. “If you don’t have that, then what’s the use of all the technology?” “