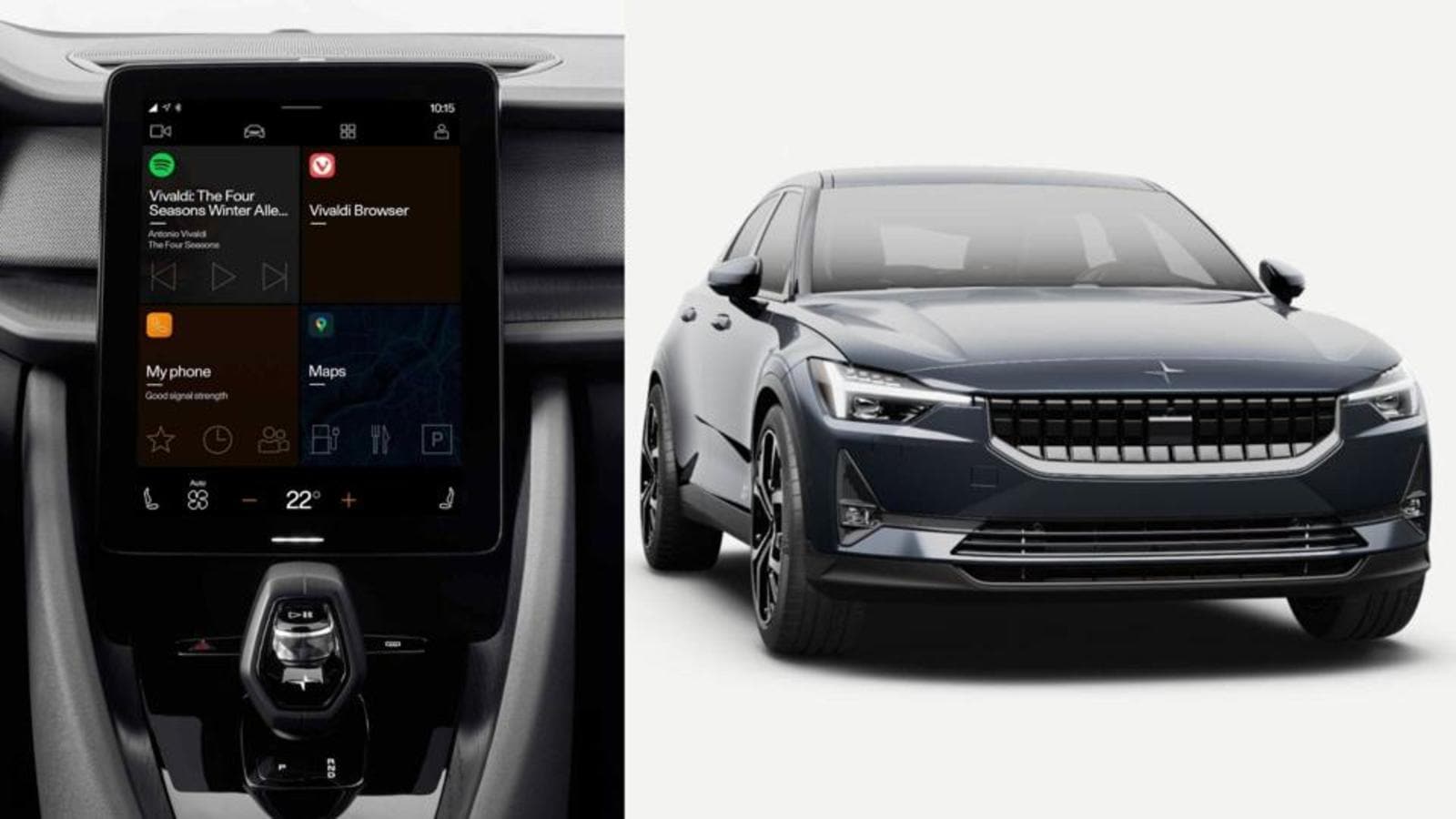 Polestar 2 owners will need to access the Play Store through the in-car system (this is an 11-inch infotainment display) and download the compatible Vivaldi web browser. Features and feature lists are largely replicated from powerful Vivaldi web browsers for desktop computing devices and smartphones. These include tabbed browsing, the ability to stream media, access online shopping, ratings as well as extensive security features including ad blocker, privacy friendly translation tool, tracking protection and encrypted sync functionality.

“We value transparency, privacy and responsible innovation, including the fact that we have our servers in Iceland, one of Polestar’s newer markets. Like Polestar, we are a challenger brand, ”said Jon Stephenson von Tetzchner, CEO of Vivaldi, in a statement. “Now there is virtually no limit to the web content you can explore in Polestar 2 – even some of your favorite streaming platforms,” said Thomas Ingenlath, CEO of Polestar.

Vivaldi specifies that the browser application will only be accessible in the car when the Polestar 2 is parked. If you are streaming content through the browser, it will switch to audio-only mode as soon as the car starts moving again.

Web browsers for the next generation of cars will also be something tech companies focus on in the coming months. Until now, Tesla’s EV lineup has so far been the only cars to feature a full web browser on the vehicle’s infotainment system – this is based on the Chromium foundations, the same as the browsers. Google Chrome and Microsoft Edge web that you use on your PCs and phones.

In fact, Tesla, earlier this week, confirmed that in-car games will be turned off (even for passengers, yes) when the Tesla car is on the move. The announcement came after the United States’ National Highway Traffic Safety Administration (NHTSA) evaluated the gaming feature called “Passenger Play”. It turned out that playing in a moving car is not safe.

The Polestar 2 costs over $ 38,400 (in the US market) and £ 39,900 (in the UK). It’s made by pure-electric automaker Polestar, which is owned by Swedish automaker Volvo and its Chinese parent company, Geely. The Polestar 2 succeeded the Polestar 1 and is sold in several variants in different markets, including the 231 hp version (rated power, i.e. with a single 170 kW motor and a lithium-ion battery of 78 Wh) and the most powerful option that delivers 408 hp (that’s with dual 300 kW motors and a 78 Wh battery).

Polestar 2’s operating system is Google’s Android Automotive operating system, which the owner interfaces with via the 11.2-inch infotainment screen. You will have access to Google applications including Google Maps and Services, as well as third party applications such as Spotify and A Better Route Planner. Polestar also offers users a smartphone app that includes features such as a digital key to lock and unlock the Polestar 2 as well as remote controls, including the ability to turn on the air conditioning before sitting in the car.

The Vivaldi web browser will be available for Polestar 2 vehicles in all European markets where the car is sold, the United States as well as parts of Asia-Pacific except China and South Korea. .